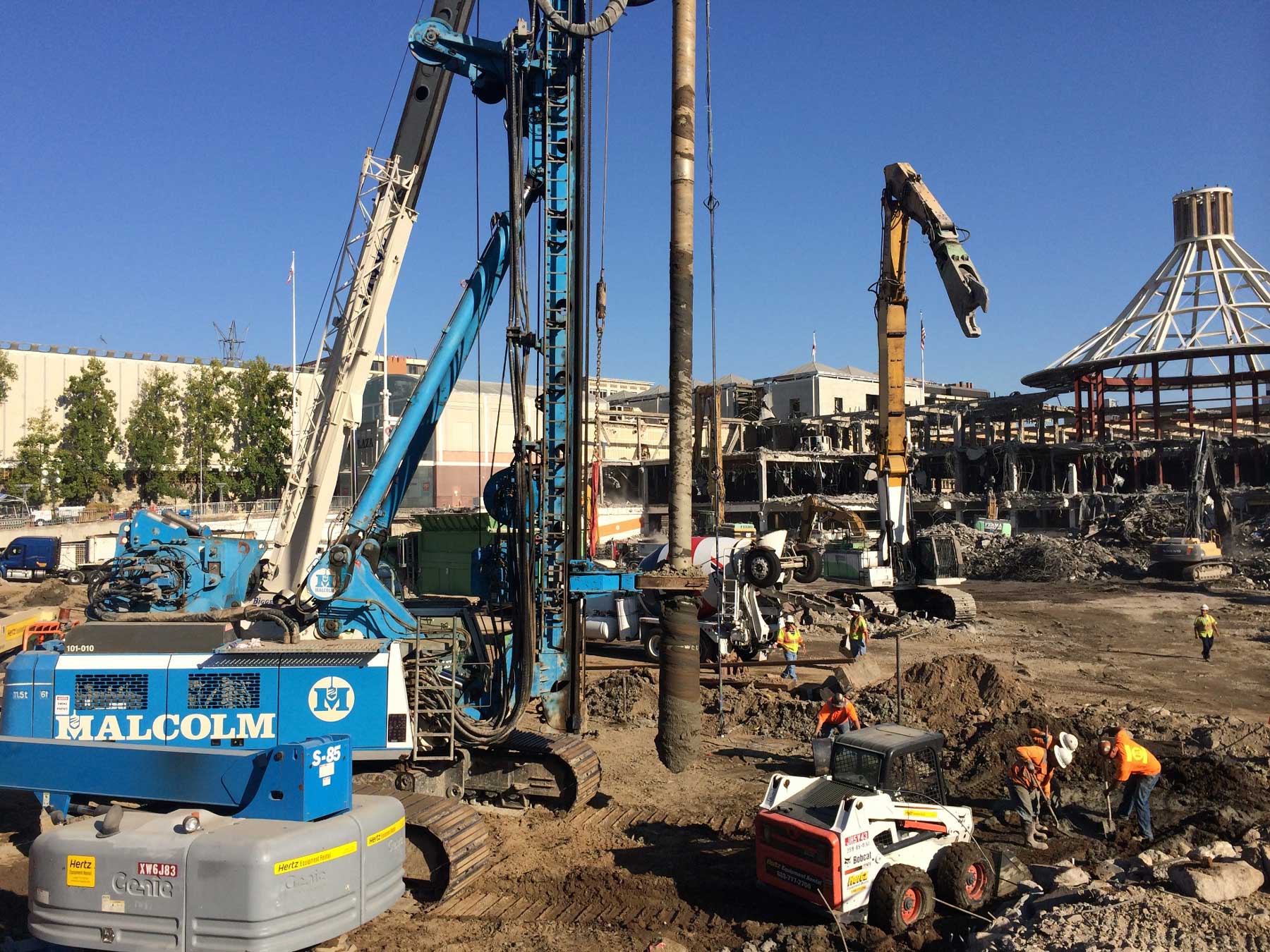 Construction on the foundation piles for the new $477 million Kings Sports Arena to be located in downtown Sacramento, California has begun following the demolition of the Old Downtown Plaza. Malcolm, under contract with Turner Construction, received a multi-million dollar Design-Build contract to install the foundation system for the arena and the nearby practice facility. Our Value Engineering proposal was based on almost 1,000 Drilled Displacement (OMEGA) Piles ranging between 18-in and 24-in in diameter. The piles are schedule to be installed in less than one month as part of an accelerated construction schedule.

As a creative approach to project delivery for the accelerated schedule Malcolm installed and tested several piles within the first available area on site during demolition. The results for compression load test of up to 1,300 kips confirmed the viability of Malcom’s Value Engineering proposal and the chosen pile system and diameter for the new foundation.

The biggest challenge for the project will be the small foot print of the construction site and coordination of material delivery. Another challenge will be working with the one access ramp to the 20-ft excavated site

Another project for the new sports complex involves reinforcing the practice facility with about 125 highly loaded Micro Piles which will be installed mostly under restricted headroom.

“Pile design has commenced and we are looking forward to install the first production pile before Thanksgiving. Malcolm is very proud to be part of Turner’s construction team on such high scale project in the middle of California’s capitol.” Commented Terry Tucker, Malcolm’s Project Executive.

The King’s plan to play their first game in the new sports facility during the 2016-2017 season.