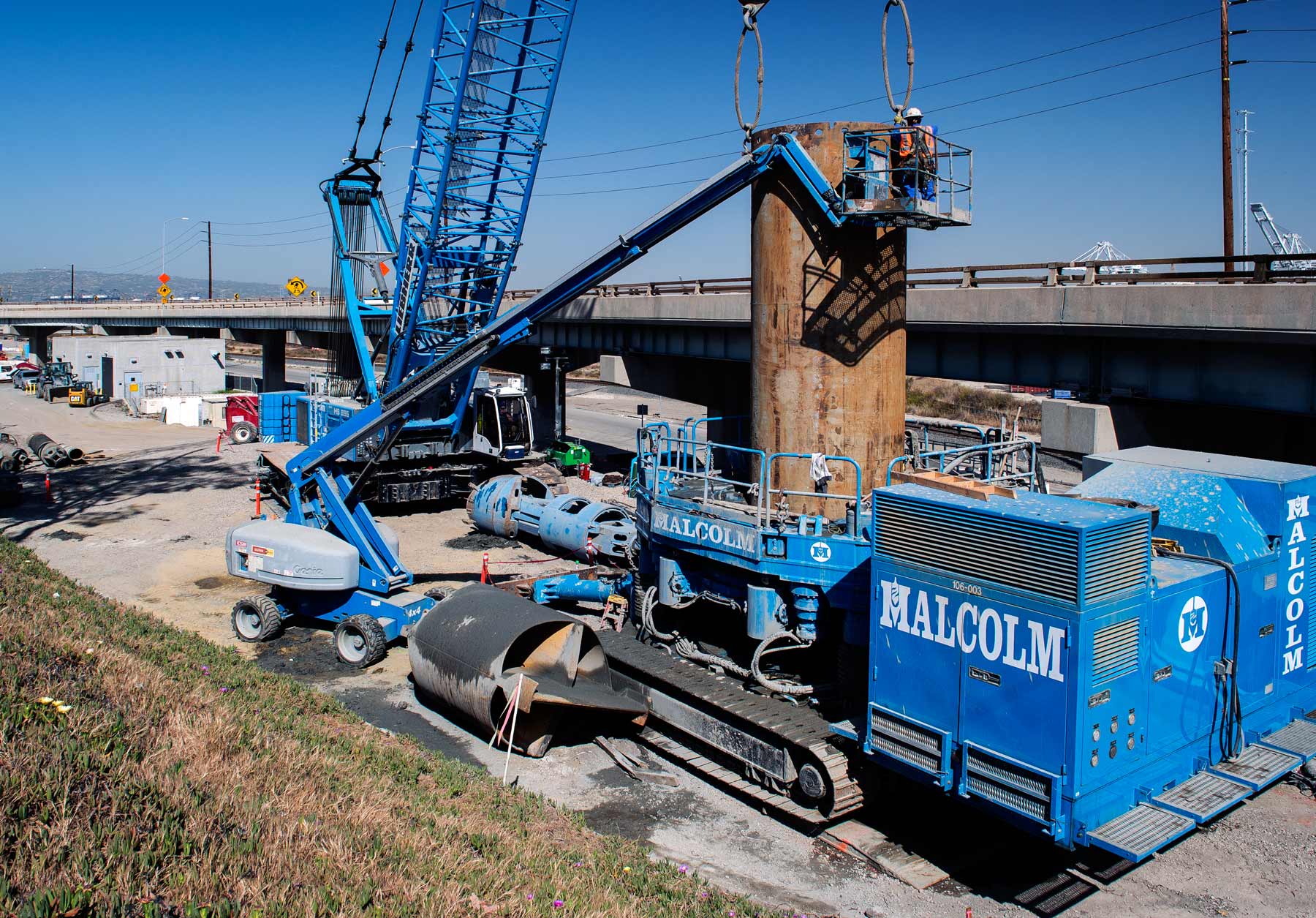 The Gerald Desmond Bridge, located in the Port of Long Beach, California, is a critical link in the nation’s trade system and is a major costal commuter corridor. It is estimated that 15 percent of all containerized cargo imported into the United States travels across the Desmond Bridge. The bridge was built in late 1960s to connect Terminal Island, the heart of the port complex, with the Long Beach Freeway. Currently the bridge can no longer handle today’s traffic volumes and is not high enough for the next generation of high capacity cargo ships. The replacement bridge will ensure commuter safety, improve traffic flow and protect the Port of Long Beach’s role as a major international trading hub.

The New Gerald Desmond Bridge approach sits in the Wilmington Oil Field, one of the largest active oil fields in the continental United States with more than 6,000 operational wells. In order to construct the new bridge all active and inactive wells that interfere with the new bridge’s foundation system had to be decommissioned and partially removed. Malcolm/ZEI under contract with OXY Petroleum was hired to decommission a total of 23 wells. The decommissioning process involved capping the wells and removing the surface casing, conductor pipe and well pipe to an average depth of 195 feet below grade.

“The idea was simple but the execution was more challenging because the well casing had to be removed without disturbing the existing ground around it,” commented John J. Malcolm, Project Manager.

Once the well casing and all of the native material inside the temporary casing was removed to the desired depth a low strength self-compacting concrete was placed using the tremie method to backfill the excavated shaft. The temporary casing was extracted as the low strength concrete was placed to prevent disturbing the surrounding soil and nearby structures.

Construction of the new bridge began in 2012 and is expected to be completed in mid-2016. The project is estimated to generate, on average, 4,000 jobs per year. The project is being funded jointly by the Port of Long Beach, Caltrans, Metro and the U.S. Department of Transportation.