What is Deep Soil Mixing?

Our Single Axis Soil Mixing, typically referred to in the industry as Deep Soil Mixing (DSM), utilizes mechanical mixing tools to shear the soil in situ and mix it with a cementitious slurry pumped at low pressure. This method has the ability to create large soil mix columns, typically 2.5 to 9 feet in diameter, to depths of up to approximately 80 feet. Deep Soil Mixing is a very economical system for mass ground improvement projects. DSM is used to provide settlement control and increased bearing capacity in soft soils. The ability to create large diameter soil mix columns also makes it well suited to mitigate the effects of liquefaction induced settlements and lateral spreading.

DSM is also the soil mixing method of choice for in situ remediation and encapsulation of contaminated soils and for the construction of Permeable Reactive Barrier (PRB) walls.

What is Multi Axis Soil Mixing?

Multi-Axis Soil Mixing, sometimes referred to as Cement Deep Soil Mixing (CDSM), was originally developed in Japan in the late 1970’s. The system makes use of multiple (typically three) vertical rods fitted with several sets of overlapping flights or mixing paddles. The rods are counter-rotating, which creates shearing action between the mixing flights. Grout is pumped through the hollow centers of the rods through ports at either the tip or the sides of the tool. The rods are driven by an electric rotary mounted on a large tracked carrier.

Each of the augers or mixing paddles is approximately 3 feet in diameter, with the rods approximately 2 feet apart. This creates a series of interlocking columns that are also 3 feet in diameter at 2 feet on center. Typically these sets of columns, usually referred to as panels, are placed end to end to create a continuous wall. The multi-axis system can also be used to form rectangular cells for mitigation of liquefaction and lateral spreading or spaced apart to form barrettes. Unconfined compressive strength and permeability are a function of grout mix and in situ soil. The Multi-Axis Soil Mixing system achieves high rates of production is able to construct soil mix columns to depth of 120 feet, and its geometry is well suited for the construction of shoring walls or underground buttresses. The Multi-Axis Soil Mixing system is ideal for treating loose granular soils and soft to medium silts and clays. It can be used in some dense sands and stiff fine grained soils. 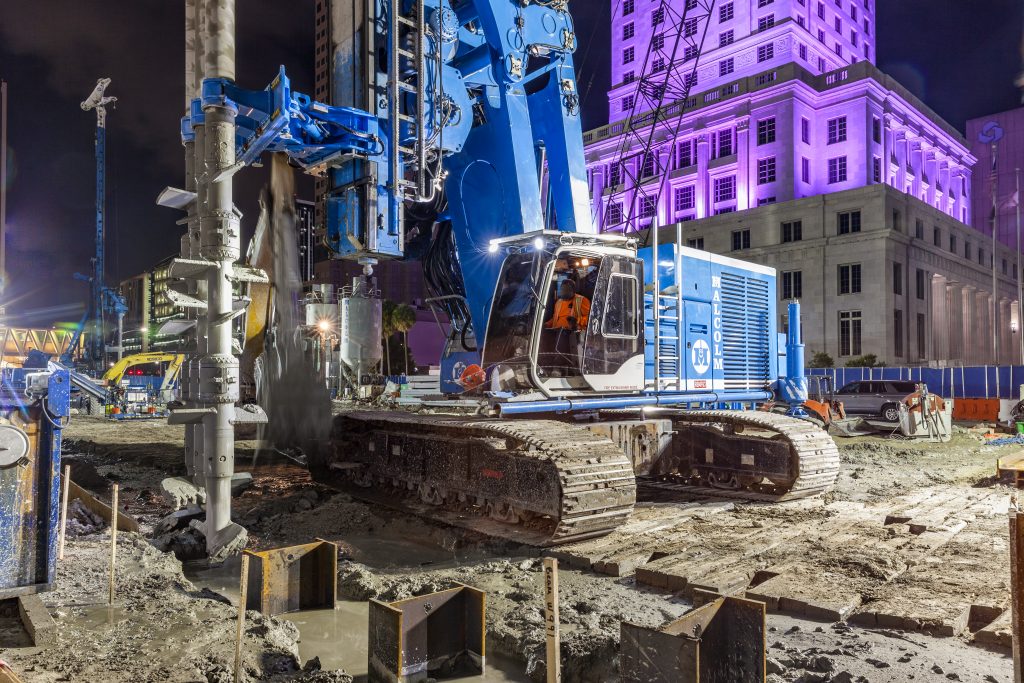 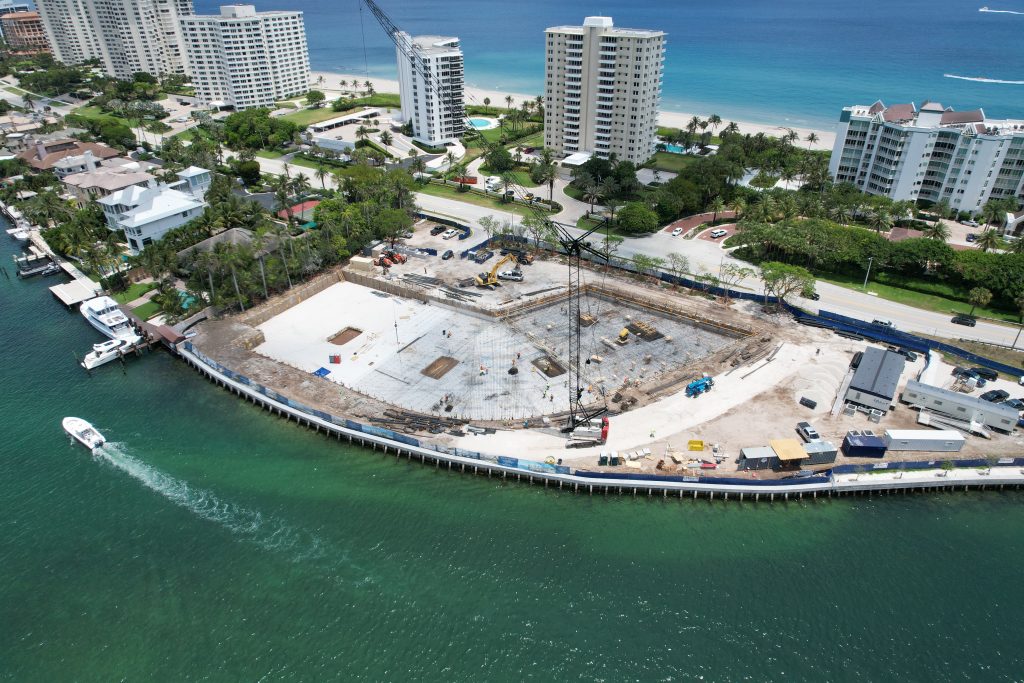 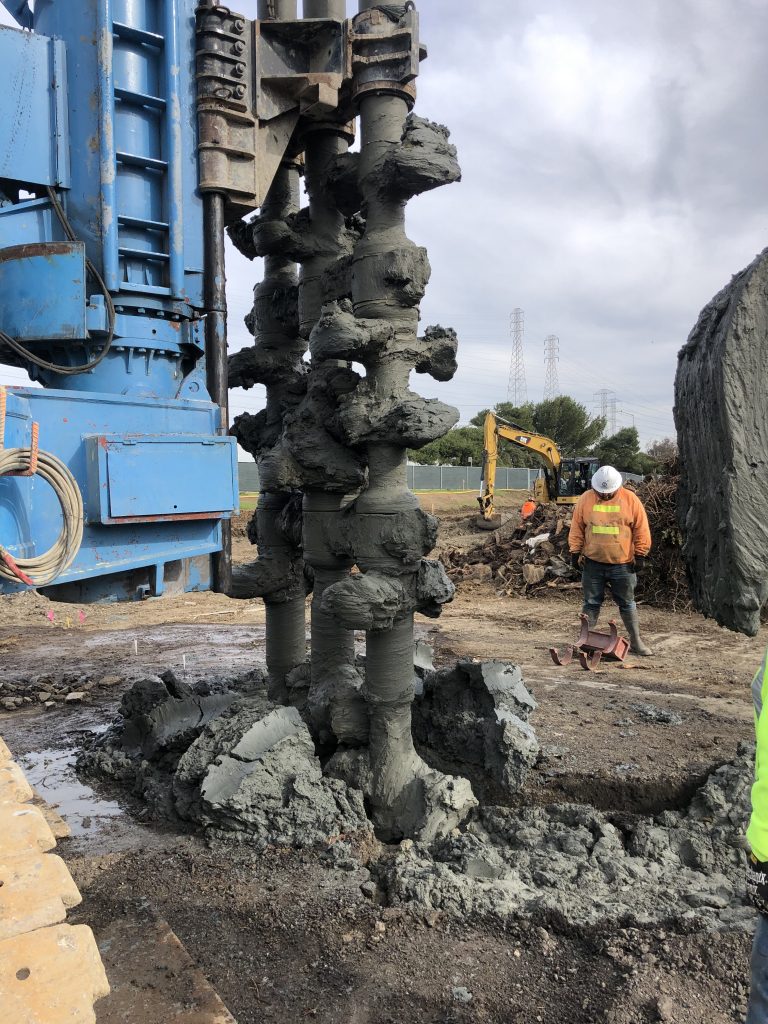 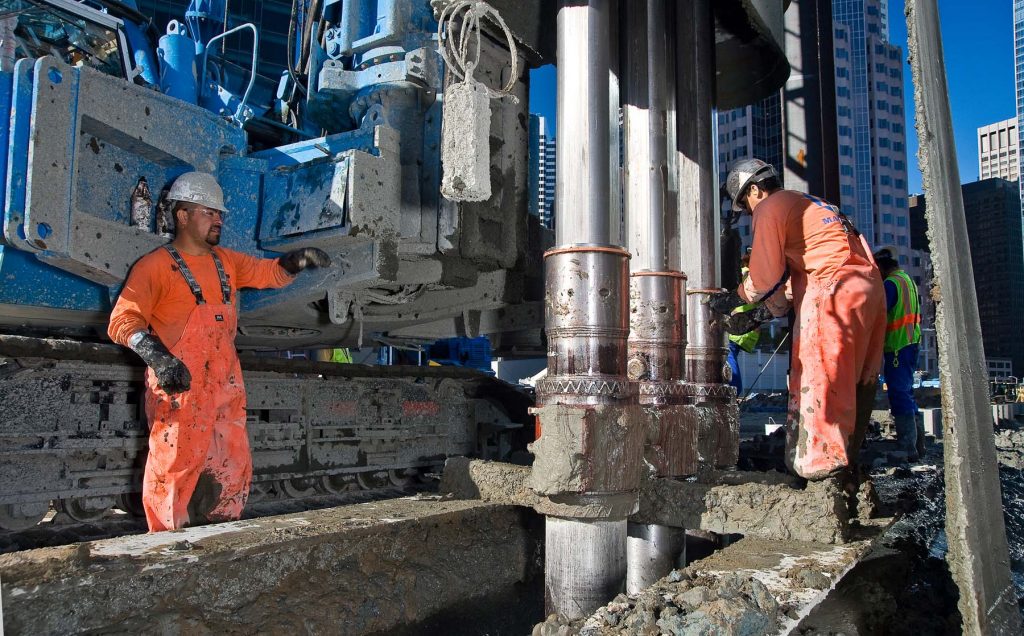 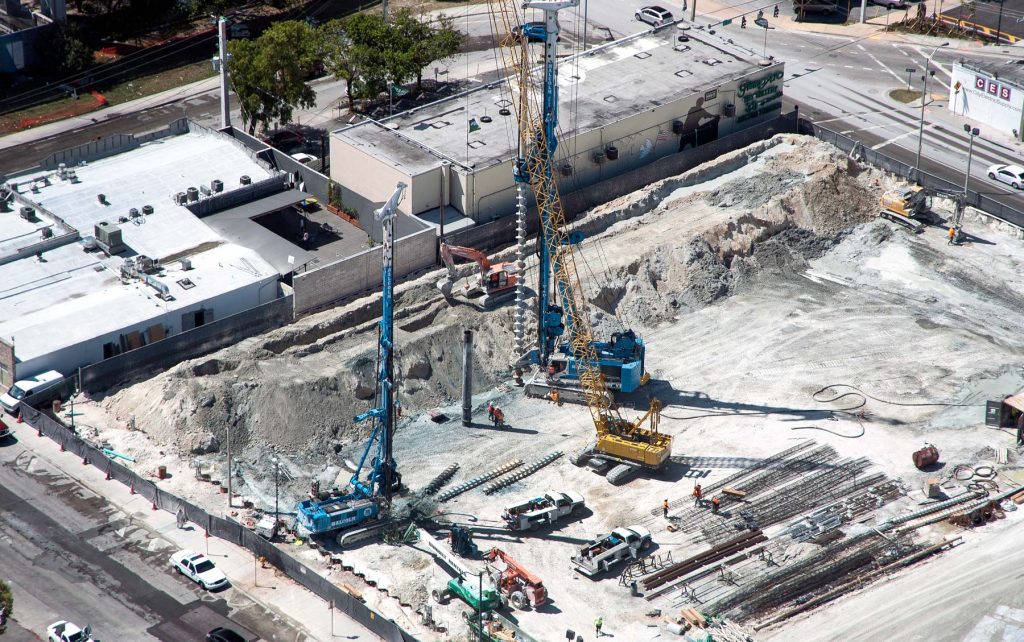